Strength in Our Experience, Our Commitment and Our Dedication

To our Esteemed Clients:

We are proud to introduce you to the Marquez Intellectual Property Law Office.  We combine the strengths, skills and experiences of each of our members into a team that can service your intellectual property protection needs.  Thus, the character 力, which signifies “Strength” perfectly symbolizes what our team brings to you.  It is our firm motto.

It is “Strength” in our professionals’ more than 60 years of combined experience in serving a wide variety of clients—from individuals to startups, small and medium companies, universities and multinational corporations—all in the field of intellectual property protection and enforcement.

It is “Strength” in our commitment to serve our clients to the best of our abilities. We listen to the needs and goals of our clients, and we tailor our services according to those needs.  Every case, every idea and every innovation gets our full attention and dedication.

It is “Strength” in our dedication to successfully achieve the goals of our clients.  We have all your intellectual property needs protected, from prosecution and enforcement to business strategy. We strive to protect your interests and exceed your expectations.

We look forward to working with you and to serving you

Mr. Marquez has been in practice for 24 years focusing on counseling U.S. and international clients on intellectual property licensing agreements and negotiations, patent prosecution, patent validity and infringement opinions and technology transfer. Mr. Marquez has an extensive background in preparing and prosecuting patent applications worldwide in a wide variety of technological arts, in drafting patentability, validity, infringement and right-to-use opinions, and in supporting IP litigation and licensing matters. He has drafted and prosecuted patent applications in a wide variety of technological arts.

Mr. Marquez regularly counsels clients on patent and trademark procurement, validity, infringement, licensing and other intellectual property business-related issues. He has represented Taiwanese companies, such as Ritek Corp., Arcadyan Technology Corp., Prodisc Technology Inc. and Patent Wireless Corp., in settlement negotiations to avoid litigation in the US.  He has also represented Taiwanese clients, such as Kingpak Technology Inc., before the U.S. Customs Service in import exclusion proceedings.

Mr. Marquez has also lectured and continues to lecture on various intellectual property-related issues to various firms, companies, organizations and other forums in Japan, South Korea and Taiwan, including:

Before entering the legal profession, Mr. Marquez was a project engineer with the Advanced Displays and Instrumentation Group, Delco Electronics Division of the General Motors (GM) Corporation.

​Court of Appeals for the Federal Circuit 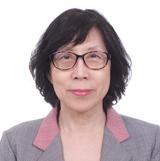 Ms. Niu’s experience is concentrated on Intellectual Property. She has over 25 years of experience in the intellectual property field, and is responsible for directing and coordinating communications with numerous clients from Asia.  Her role is to serve as a primary contact point for clients in order to interface the project needs and requirements of the clients who benefit from her fluency in English and Chinese, as well as her experience at the interface between Chinese and U.S. intellectual property law. On all U.S. cases, she supports Mr. Marquez, who is a registered attorney with the U.S Patent and Trademark Office (USPTO).

Ms. Niu manages international patent and trademark filing, prosecution and maintenance.  Her responsibilities include aiding in the preparation and review of patent and trademark applications, responses, amendments and other formal communications with the USPTO, supervising intellectual property staff and client correspondence.

Ms. Niu was a computer programmer analyst before she entered the intellectual property field. She was a patent engineer with the Union Chemical Laboratories (UCL), Industrial Technology Research Institute (ITRI) from 1991 to 1997.  Her experience in that capacity included aiding in preparing and prosecuting patent applications in the US, Europe and throughout Asia, interfacing with inventors and foreign patent attorneys, and lecturing on patent claims drafting.  Ms. Niu has attended and completed formal training programs in patent and trademark prosecution, including those administered by the USPTO, and the American Intellectual Property Law Association.

Mr. Stanger has 28 years of experience as a patent attorney and advises clients from individual inventors to multinational corporations in a variety of patent law matters, including inventor counseling, patent application drafting and prosecution, patentability, infringement and invalidity in a variety of technology fields. Mr. Stanger also assists individual inventors and small businesses in their intellectual property portfolio planning and management.

For more than 20 years, Mr. Stanger has conducted in-house training of foreign nationals in U.S. patent practice and preparation for the USPTO registration examination. He has also lectured to audiences in the United States, Japan, and Vietnam on various topics of U.S. patent law, including:

Court of Appeals for the Federal Circuit

U. S. Patent and Trademark Office 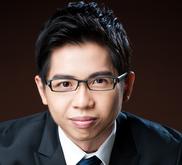 Mr. Chiu was a software engineer before entering law practice.  He continues to participate in open source software related activities.  Mr. Chiu is fluent in English, Chinese and Taiwanese. 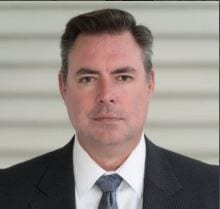 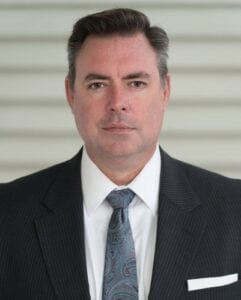 U.S. District Court for the Eastern

Jim Magner is a Virginia Licensed attorney who has been practicing for more than 17 years, focusing on business and corporate law, with an emphasis on intellectual property, non-compete agreements, confidentiality agreements, licensing agreements, corporate formation and acquisitions.  Mr. Magner has specific expertise in the field of Trademark Law, having handled matters involving both the registration of trademarks and trademark disputes, up to and including litigation before the U.S. Trademark Trial and Appeal Board and the Federal Courts on matters of use, infringement and priority of marks.

Mr. Magner has a background in business and previously served as a Professor of Economics at the Tidewater Community College.  He has also served as a Professor of Political Science for Old Dominion University.  He has also been called upon to teach other attorneys through Virginia’s Continuing Legal Education program.  He is a member of the Virginia Bar, the Bar for the United States District Court for the Eastern District of Virginia, the Loudoun County Bar Association and the Fairfax Bar Association.

In his free time, Mr. Magner enjoys flying as a licensed private pilot and teaching adult basic sailing through a local marina.  Mr. Magner is also the Principal of the law firm Magner Law PLLC.

Jim Magner is a Virginia Licensed attorney who has been practicing for more than 17 years, focusing on business and corporate law, with an emphasis on intellectual property, non-compete agreements, confidentiality agreements, licensing agreements, corporate formation and acquisitions. 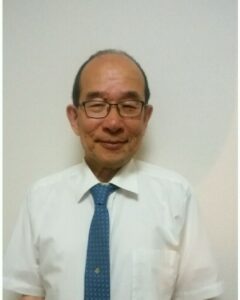 Mr. Fujii is a Japanese native who began his intellectual property career in a large patent law firm in Tokyo. His first assignment was preparing Japanese translations of Office Actions from the USPTO for intraoffice Japanese engineers to understand U.S. patent examiner practices during the prosecution of individual applications. The Japanese engineers with whom Mr. Fujii worked closely at that time in turn taught him about their respective technology fields giving him a working knowledge of a wide variety of technologies including household appliances, organic polymerization, electrophotography (copying machines), logic circuits, computers, and telecommunication networks.

He has been translating technical and patent-related documents between English and Japanese for almost 30 years. With his expertise, he has approached all of the projects during his career mindful of the specific context or intended purpose of the translation. He regularly prepares both verbatim translations and paraphrasing, both written and verbal, depending on the needs of the clients.

Mr. Fujii has worked with Japanese corporations providing Japanese-to-English and English-to-Japanese communications support during patent infringement litigation cases. Because of his experience, he can provide efficient “on-the-fly” translations of witnesses deposed during the course of a lawsuit. Mr. Fujii’s work has allowed Japanese companies to remain engaged in U.S. Federal District Court proceedings through all stages of pleadings, discovery and trial. This has efficiently helped keep Japanese patent owners to strongly keep pace with the opposing parties during the course of litigation in the U.S. In a previous patent infringement matter, Mr. Fujii helped represent a small Japanese technology company whose patented products were being copied and manufactured in Asia, and then exported in large numbers to the U.S. Because of the “copycat” products being sold in the U.S., the Japanese technology company suffered a near complete loss of its market share in the U.S. In cooperation with a U.S. law firm, Mr. Fujii’s work contributed to a successful patent infringement lawsuit in the United States, in which a record making amount of damages were awarded.

In addition, Mr. Fujii founded and managed a service company that performed patent searches and patent application filings, as well as its U.S. subsidiary company, for many years. Currently, he is the principal in a company that provides Japanese and U.S. intellectual property litigation information for Japanese companies.

Mr. Fujii’s knowledge and experience have helped his Japanese clients in understanding and maintaining the viability of their patent portfolios and U.S. patent-related affairs thereby bettering their commercial positions in the closely-connected U.S. and Japan markets.

We have over 20 years of patent prosecution and litigation experience including:

Some useful links for more information about protecting your intellectual property worldwide: